The latest test results of Starlinks satellite constellation puts traditional industry providers to shame. With the launch of the beta constellation, we’ve seen the average Starlink speeds jump from 30-40Mbps all the way to 79.5Mbps of download speed. SpaceX promises between 50 and 150Mbp when fully operational.

The speed comparison is not nice to the older giants of satellite internet. HughesNet squeaks out a mere 19.84Mbps down, and Viasat doesn’t really fare any better with 24.75Mbps in download speeds.

The difference in upload speeds is even greater.

Starlink is currently managing a 13.8Mbps average upload. Not bad for a system still in beta testing and growing while HughesNet and Viasat are at 2.64and 3.25Mbps. 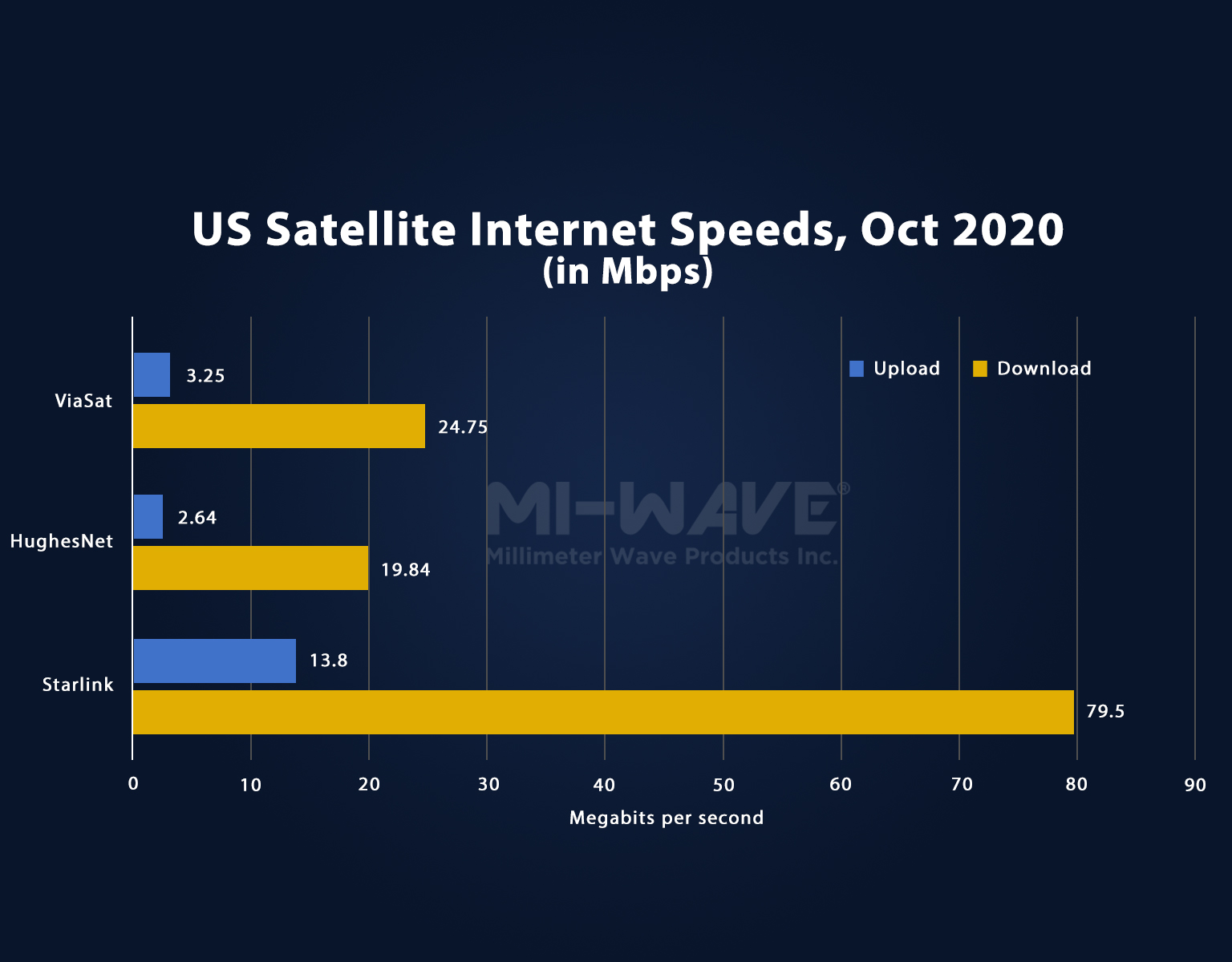 An often forgotten factor in broadband communications is latency. In reliable two-way communication systems, latency limits the maximum rate that information can be transmitted, as there is often a limit on the amount of information that is “in-flight” at any one moment.

You can think of latency as a reaction delay when two people on live news talk to each other and one person talks, while the other waits to hear the message. This usually makes for an uncomfortable conversation as we have to sit and wait for a message to then speak.

Measured in milliseconds, your average home cable connection may get a 10ms latency average.

Ookla data shows Starlink with 42ms of latency on average in beta testing. That’s enough to make video chats bearable. HughesNet, by comparison, has 728ms of latency. SpaceX even claims its network will be able to get under 20ms by next summer.

SpaceX has been launching batches of Starlink internet satellites on a regular basis since May 2019. The current network features almost 900 satellites, some of which orbit much lower than traditional internet satellites. That helps Starlink deliver higher speeds and lower latency.

Eventually, the Starlink mega constellation will feature at least 12,000 satellites with coverage for most of the world.

Imagine the thoughts when a fully operational satellite network that can rival landline services is around. Some interesting thoughts are what application builders, programmers, developers and entrepreneurs can think and innovate as well as those we don’t see coming.