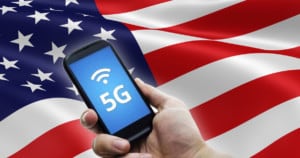 What’s The Issue?
The Trump administration has proposed nationalizing the 5G (5th generation) communications platform. This would allow for federal mandates and control of how 5G is implemented and used within the United States and commonwealth countries. By nationalizing, it would give a federal 5G authority the right to things like Eminent Domain…imagine this authority taking over or dictating cell phone towers, and the means by which all 5G communicates within the United States as well as repurposing RF spectrum as needed for the mandates.

What is 5G?
5G is the next step in wireless communication, promising significantly faster data uploads and downloads than current 4G connections. Trials of the technology have reached speeds as high as 10 Gbps per second, though they are unlikely to be quite that fast when 5G services launch in the next few years. Still, connections are expected to be quick enough to download a high definition movie in a matter of seconds.

The term 5G itself refers to the ‘fifth generation’ of mobile data. 1G allowed calls, 2G added text messages and MMS, 3G added video calls and internet access and 4G brought broadband quality connections. The speed of 5G is forecast to enable many systems in cities to talk to each other at once – such as transport, traffic and utility services. It will be a major part in making the Internet of Things a reality.

5G is a quantum leap in technology and capability that is being touted as a paradigm shift technology much like the printing press and(or) airplane. The ability for super high speed data rates, Machine to Machine communications (M2M), IoT smart devices and more will transform society once fully implemented.

Why do they want to nationalize it?
The fear is that the United States is falling quickly behind countries (China specifically) in areas like implementation and manufacturing. By nationalizing it, the mandates would include things like “Made In America” equipment would be authorized and used for 5G communications. National security being a major issue, as you don’t want dependence on foreign equipment in fear that it could be illegally monitored. From an innovation standpoint, those that bring in and evolve 5G help shape the I.T.-driven economy worth trillions of dollars in the coming decade. By nationalizing, the federal government would take over how its built and managed in the United States and use tax dollars to develop in-country efforts at development within the 5G world.

Who benefits from nationalizing 5G?
Winners would immediately be manufacturers and OEM providers within the continental United States or allies like Japan who are fully on board with compliant 5G standards. The need for equipment would fall on providers who have the technical capacity to develop and manufacture things like radios, mm-wave routers, back-haul equipment, software systems, application providers, IoT devices and more that serve the 5G industry.

Who loses from nationalization of 5G?
Companies that own RF spectrum (i.e. Verizon, Sprint etc..) in the necessary 5G bands could be told that the federal govt must re-purpose certain frequencies. Cell phone towers, the real estate, could be controlled by the federal government as well. Overseas hardware makers like Huawei and ZTE could be effectively locked out of implementation of hardware within the U.S. national 5G platform due to national security interests.

What are examples of nationalizing an industry in the United States?
One prime example was when the United States created what we know today as the Interstate Highway System, which was authorized by Dwight D. Eisenhower in 1956. Prior to this, states had control over funds and freeways connected within their boundaries. This federal act gave eminent domain rights, funding and federal mandates to create a system that would benefit the United States and it’s national security. Dwight D. Eisenhower recognized that the proposed system would also provide key ground transport routes for military supplies and troop deployments in case of an emergency or foreign invasion.

How would nationalizing 5G benefit me as a consumer in the United States?
If it went picture perfect, a federal organization would be lead by public sector professionals who would come together and create a network that best serves the national security interest of the United States, while laying the groundwork for an expanding system that allows American businesses to innovate products and(or) applications that use the 5G communications platform. Emphasis would be on American born innovation. The American consumer would benefit from 5G implementation as a necessary platform and you would experience a world where multi-gigabit network speeds are everywhere.

What are the pitfalls of nationalizing the 5G communication platform?
The main fears are that the U.S. Govt would create bureaucratic systems and organizations that would prevent it’s growth. The main opponents would be companies like Verizon. Today, Verizon is the only carrier who owns a nationwide block of spectrum at 28GHz which is high end 5G. The federal government or agency would have eminent domain to re-purpose spectrum as needed to other providers to create competitions and choice if it deemed it necessary.

The future?
This proposal is a long shot. Even the FCC Chairman Ajit Pai opposes the proposal flatly. Current market opinions state that 5G will become reality and we are seeing the first implementations going live already as announced by Verizon and AT&T in 2018. Free market advocates say that the market will dictate its growth, implementation and deliver the consumer needs better than a federally mandated government initiative.

Regardless of how we get there. 5G will become a reality in the 2020-2030 decade and we will see the rise of new technologies, platforms and business services. How and when we get there is the stuff lobbyist and politicians will worry about within the United States and around the world.