Rapiscan Gets The Axe: TSA all in with Millimeter Wave 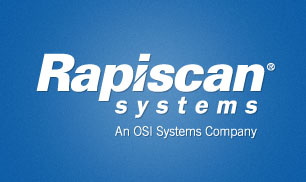 The agency removed 76 of the machines from busier U.S. airports last year. It will now get rid of the remaining 174 Rapiscan machines, with the company absorbing the cost, said Karen Shelton Waters, the agency’s assistant administrator for acquisitions said:

“It became clear to TSA they would be unable to meet our timeline, as a result of that, we terminated the contract for the convenience of the government.”

In November, Rep. Mike Rogers, then chairman of the House Transportation Security subcommittee, wrote in a letter to Pistole that the company “may have attempted to defraud the government by knowingly manipulating an operational test.” Rogers, an Alabama Republican, said the panel had received a tip about falsified tests.

Rapiscan has denied manipulating data or information related to the reviews.

The TSA accelerated its use of advanced scanners in 2010 following the failed Dec. 25, 2009, attempt by Umar Farouk Abdulmutallab to blow up a Northwest Airlines flight by igniting explosives in his underwear.

Airline passengers were up in arms by the revealing images, including those of children and the elderly.

The agency put out a contract in August 2010 asking L-3 and Rapiscan to develop the software to make images less revealing. L-3 developed its product in 2011, according to John Sanders, the TSA’s assistant administrator for security capabilities.

Rapiscan recently indicated to agency officials that it couldn’t deliver its software until 2014, Sanders said. It couldn’t come up with an algorithm that met the agency’s standards for accurately detecting objects without generating false alarms, he said.

TSA has contracted with L-3, Smiths Group and American Science & Engineering Inc. for new body-image scanners, all of which must have privacy software. L-3 and Smiths used millimeter-wave technology. American Science uses backscatter.

The agency’s strategy for handling passenger traffic relies on the capability of L-3’s millimeter-wave machines to process passengers in about half the time as Rapiscan machines, Sanders said. TSA will be getting about 60 more L-3 scanners in January and February, he said.

TSA is also planning to move some scanners from airports where they’re underutilized to busier airports, Sanders said. The agency plans to expand the PreCheck program, in which passengers share personal data before going to the airport in exchange for less-invasive screening that lets them keep their belts and shoes on.

PreCheck passengers go through metal detectors instead of body-image scanners. As PreCheck expands, it will free up millimeter-wave machines to ease crowding, Sanders said.

With increased funding and research into software and algorithm building,  they can build and manufacture units that can one day be used to detect contraband in your shoes. A unit like this could one day be used at stadiums, embassies and prisons for example as a quick, deploy unit to scan shoes without people ever taking their shoes off.